Punto is a team of young people born between Rome and Paris specialized in architecture and communication. In the architecture industry the process is often hidden to highlight the result; but this mechanism brings people to misunderstand projects and to think architecture is only an artistic gesture in the hands of architects. Punto wants to focus on architectural process and its complexity so that people can understand deep meaning of every single project. Punto : bringing reality back to a linear and sharing contest through images.

DANIEL DI SEGNI was born on 08/10/1986 in Rome. During his high school, which he ended in 2005 at the liceo Scientifico Keplero, he develops a first interest in art and architecture. He earns a graduate degree at the Faculty of Architecture of Roma Tre with professor Valerio Palmieri. While studying he starts a job collaboration with the office Ricci&Spaini, where he starts 3d modelling and visualization. From 2009 to 2011 he becomes a freelance and works together with several offices in Rome. From 2011 he becomes part of the -Scape team and will later collaborate with CACP until 2013.  He then continues as a freelance offering mainly rendering services for many roman and italian offices such as Lara Studio, Giuseppe Poce Architetto, -Scape Spa, PRAS, CACP, Simone Bove Architetto, Giacomo Marafini Architetto, n!Studio and Studio Nemesi. In 2016 he starts a job collaboration with Andrea Rosicarelli, carrying out several architecture competitions and making images for many other architecture and design offices. Since 2016 they periodically work with office ETB and with architect Martin Gruber. He establishes Punto in 2017 with Andrea Rosicarelli and he is the main representative for jobs in Italy. 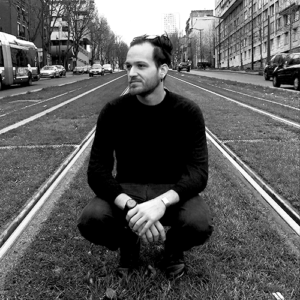 ANDREA ROSICARELLI was born in Rome the 30/05/1985. After finishing art studies at the Liceo Artistico Giorgio De Chirico, he starts a degree in Architecture at the Faculty of Roma Tre in Rome. He obtains his master degree in Architecture with tutors Paolo Mezzalama and Francesco Marinelli from -Scape and professor Stefano Cordeschi, with a thesis about the redeveloppement of the mercury mines of Abbadia San Salvatore. His first working experience is together with architect Cesare Rocchi, in 2001. He then continues his professional experience with several offices in Rome, such as Rrstudio and SCAPE. With SCAPE he will have the opportunity to work in Paris, where he will also work for Fresh Architecure and PCA/STREAM Philippe Chiambretta Architecte. In 2013 he starts collaborating with Daniele Di Segni, , carrying out several architecture competitions and making images for many other architecture and design offices. Since 2016 they periodically work with office ETB and with architect Martin Gruber. He establishes Punto in 2017 with Daniel Di Segni and he is the main representative for jobs in France.